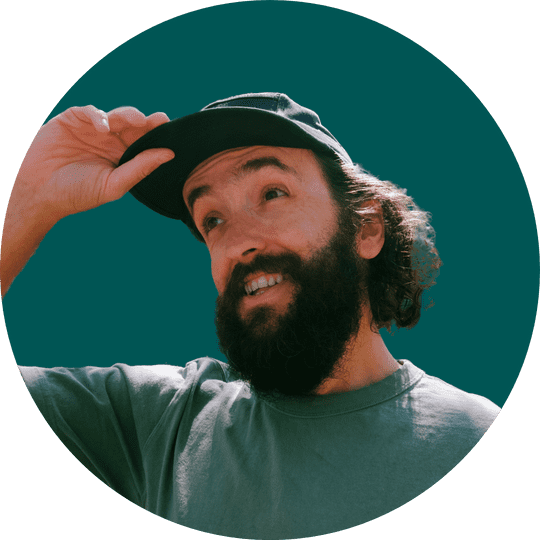 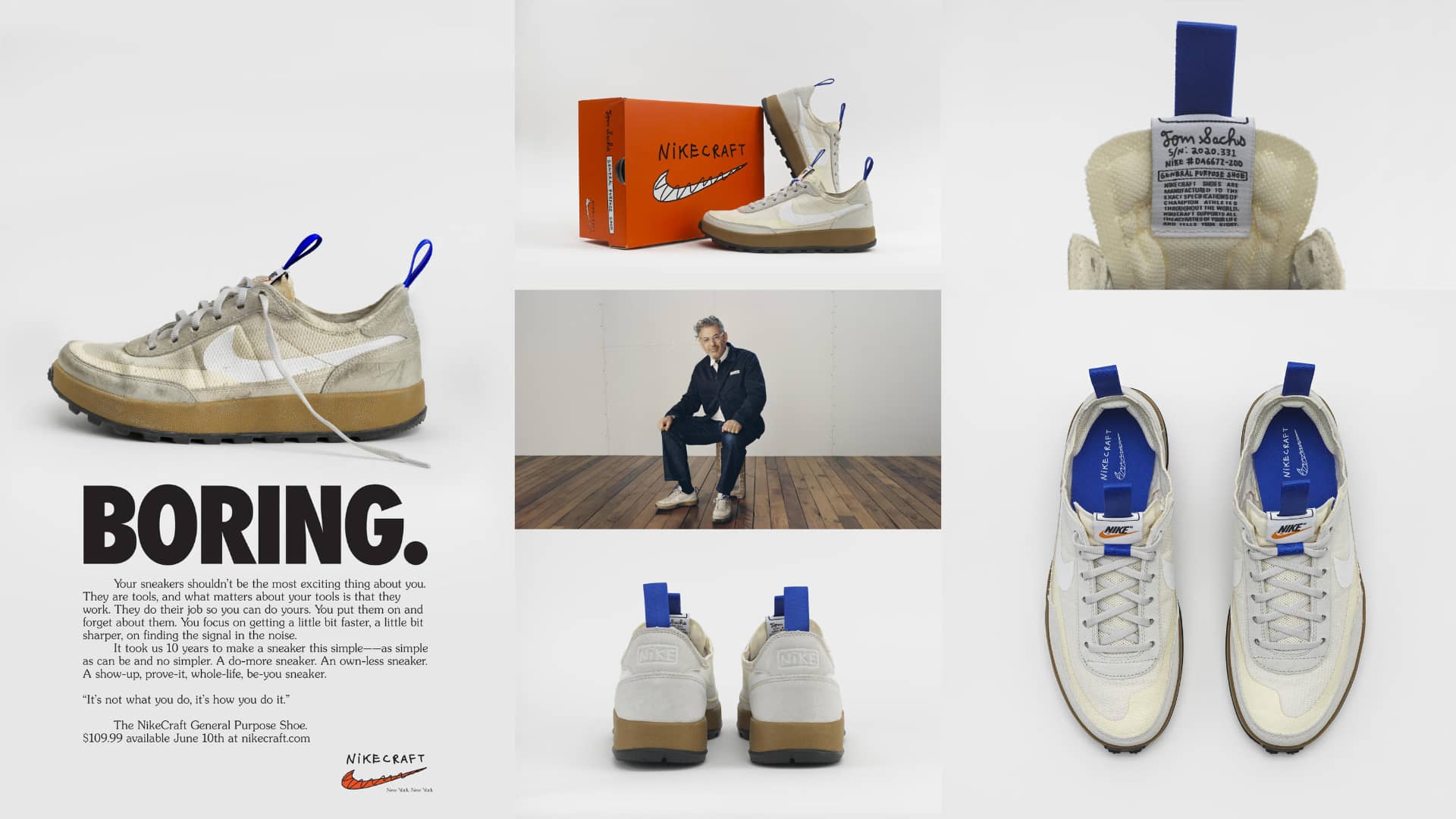 Nike Craft is a partnership built in May 2012 between Nike and artist Tom Sachs. Their first release was the NikeCraft Mars Yard, a shoe inspired by Sachs’ interactions with NASA scientists. The General Purpose Shoe is being released to celebrate 10 years of the partnership.

In no way do I consider myself a ‘sneaker head’. What I am is a guy that has to have any trainer I fall in love with. Thankfully, this love at first sight doesn’t happen too often. In recent years I’ve probably bought no more that 2 pairs a year. A couple of instant buys have included the Reebox Nano X and Reebox Club C. Reebox isn’t my first love though, I’m usually a Nike man. My last Nike shoes were a pair of SBs I bought almost out of necessity for my holiday in Mexico – not an instant love. I also have a pair of Nike Air Zoom Wildhorse 7 on their way to me – these are trail running trainers.

Getting hold of a pair!

I am under no illusion that this is going to be an easy ‘cop’. My friends with a better grasp of the market than I have told me about the bots that plague these releases. Nevertheless I will be online on the 10th June ready to battle the bots and snearkerheads. From my research of previous NikeCraft releases, it seems these drops are always very limited. StockX already have listings of the shoe for over $1,000! Will be interesting see if that figure drops once the site gets flooded with more GPS’.

More on the General Purpose Shoe

NikeCraft have labelled the General Purpose Shoe or GPS as the “Ordinary Shoe for Extraordinary People”. This understated do-everything shoe has been made for every possible scenario. The General Purpose shoe celebrates 10 years of NikeCraft which aims to create new perspectives on serving the future of sports.

The Nike news site makes the connection that if the 2012 Mars Yard shoe was designed for ‘space-going scientists’ then the GPS is just a good old everydayer.

“I got involved with Nike in the beginning because we wanted to make a sculpture that everyone could wear. It’s a tool for everyday life; it’s democratic,” says Sachs.

“It took a decade to make a shoe this simple, as simple as can be and no simpler. NikeCraft shuns innovation for its own sake, but embraces it as a necessity,” adds Sachs.

Will I manage to nab a pair of one of the greatest looking shoes I’ve seen in years? I’ll report back after 10th June.

The gift that (hopefully) keeps on giving. I’ll admit that I’m a bit late to the party on this update, but Tom Sachs and Nike released the GPS in ‘Dark Sulfar & White’ (a.k.a. yellow) last week.

Once again I successfully managed to miss out. The good news is that although the obligatory lottery via Sachs’ website happened again – there was also a worldwide release. The shoes were released via many outlets including the Nike Sneaker app and End Clothing here in the UK.

Sneaker Supply have dropped a couple of notification since of new stock arriving, so there is still hope for this drop.

Regarding the colour, I’m not enthralled by the colour, I would take the original version over this one anyway. At this point though, beggars can’t be choosers. Still waiting for the day when I get a W on this shoe.

A friend sent me a link to ‘replicas’ that are so close to the original, I’m almost tempted to take my chances if this artificial scarcity continues. The promise from Tom Sachs that these shoes are ‘perennial’, keeps me off the replica market for now.

Until the next update. ✌️

Tom Sachs has confirmed via an Instagram Story that there will be a restock of the General Purpose Shoe on 5th August. Check back here for more info soon.

I don’t know how the drop will go down, maybe another lottery like last time. Here is a direct link to the shoe on Sachs’ store.

Hope is not lost! Restock announced?

I’ve been scouring StockX for the last month watching the price of UK size 10’s go up and down. The lowest I’ve seen is under £250 ($300) and currently ask is £360 ($432). But I’ll be holding out hitting the reseller market; High Snobiety have announced their is going to be restock in August and possible a new colourway!

I was unsuccessful in the ridiculous unannounced lottery.

According to the Nike NYC instagram account – the General Purpose Shoe will be dropping at 3pm Eastern Time. Which translates to the following times:

And to reiterate, the shoe will be available at www.nikecraft.com.

Even though the release time is all but confirmed by Nike, this won’t stop us all refreshing our screens all day! 😂 Good luck everyone. 🤞 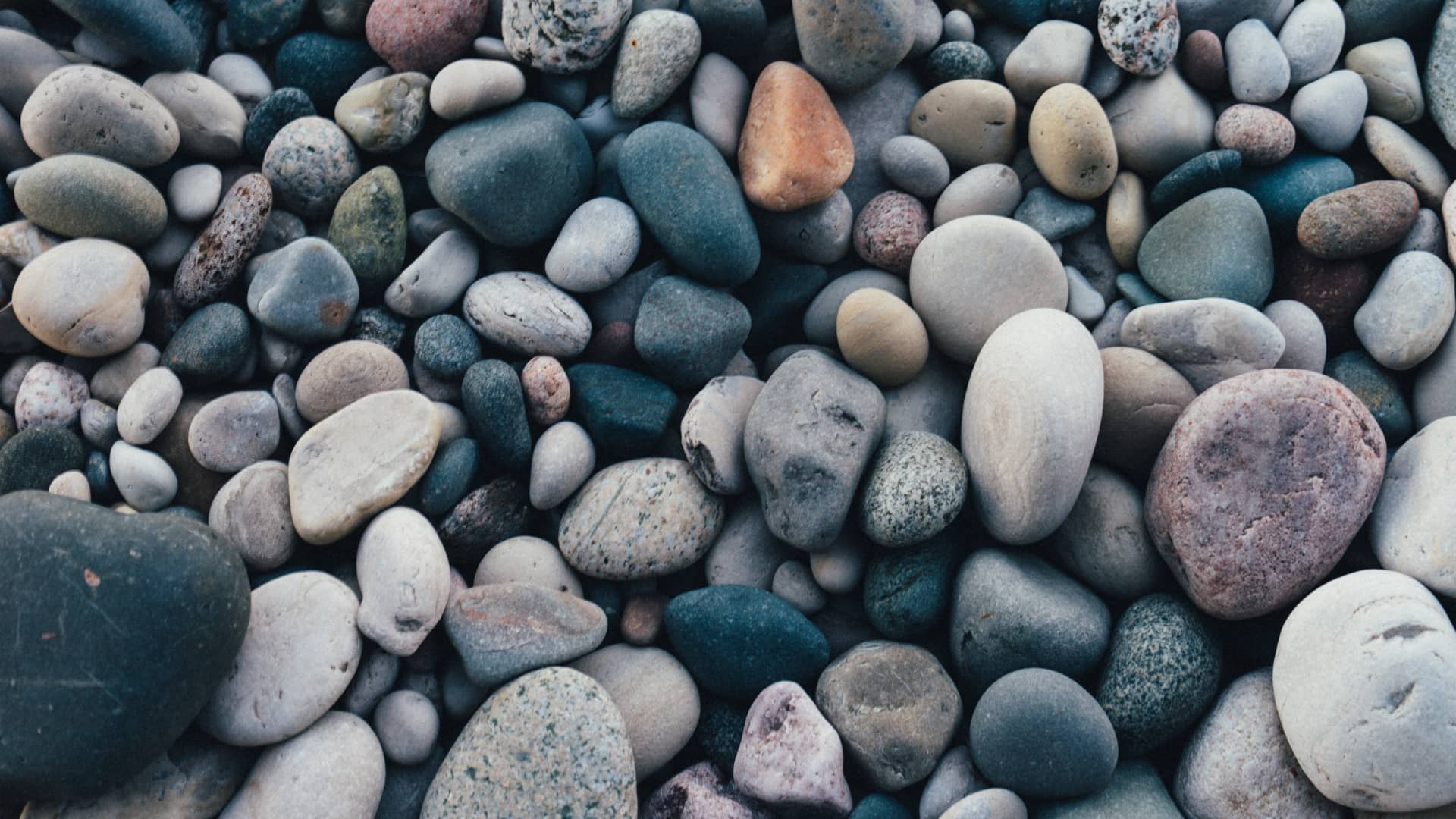 How I Reach a Flow State

Possessing the power to find a Flow State in everything you do is possibly the single greatest tool for productivity. 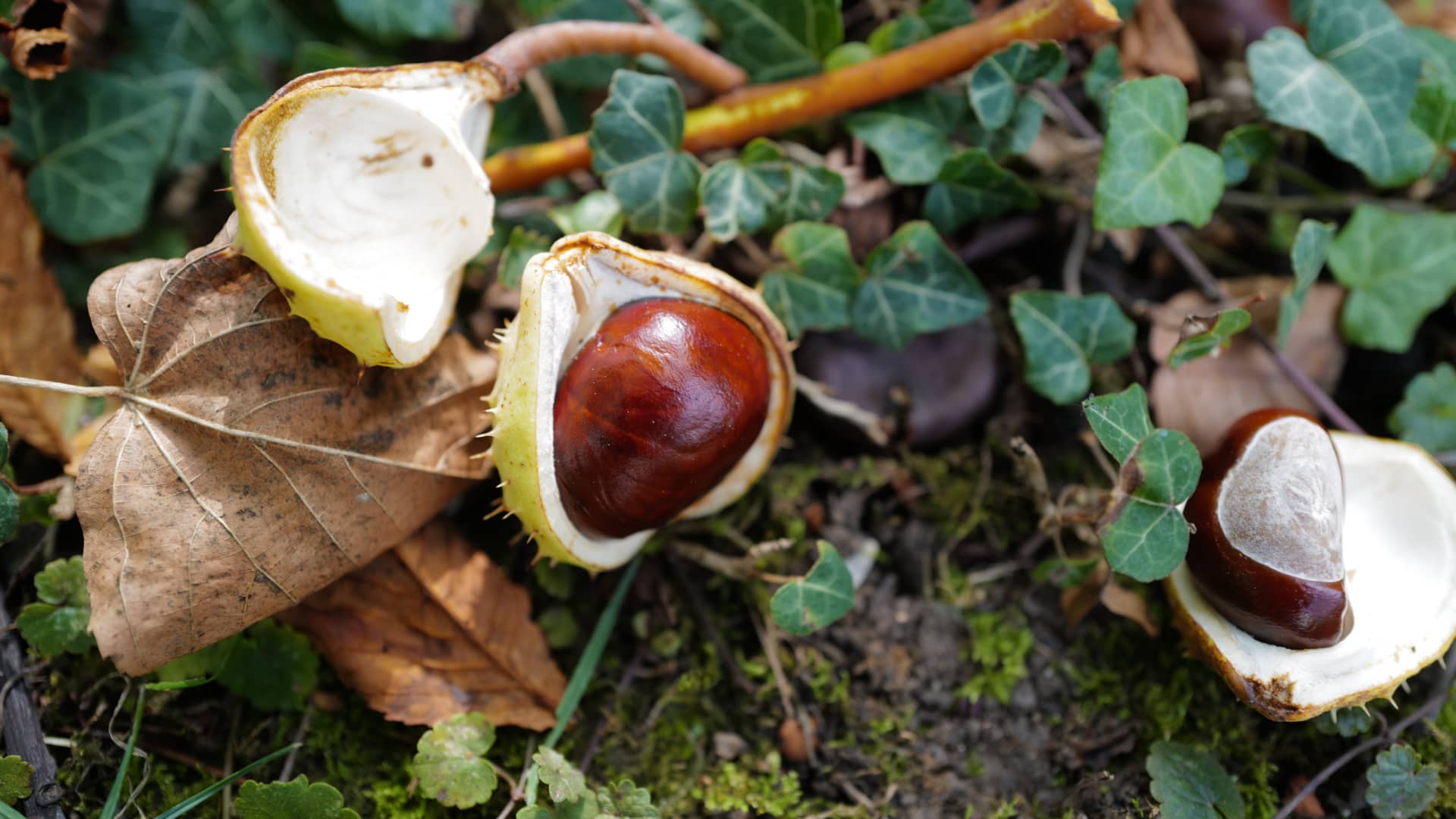 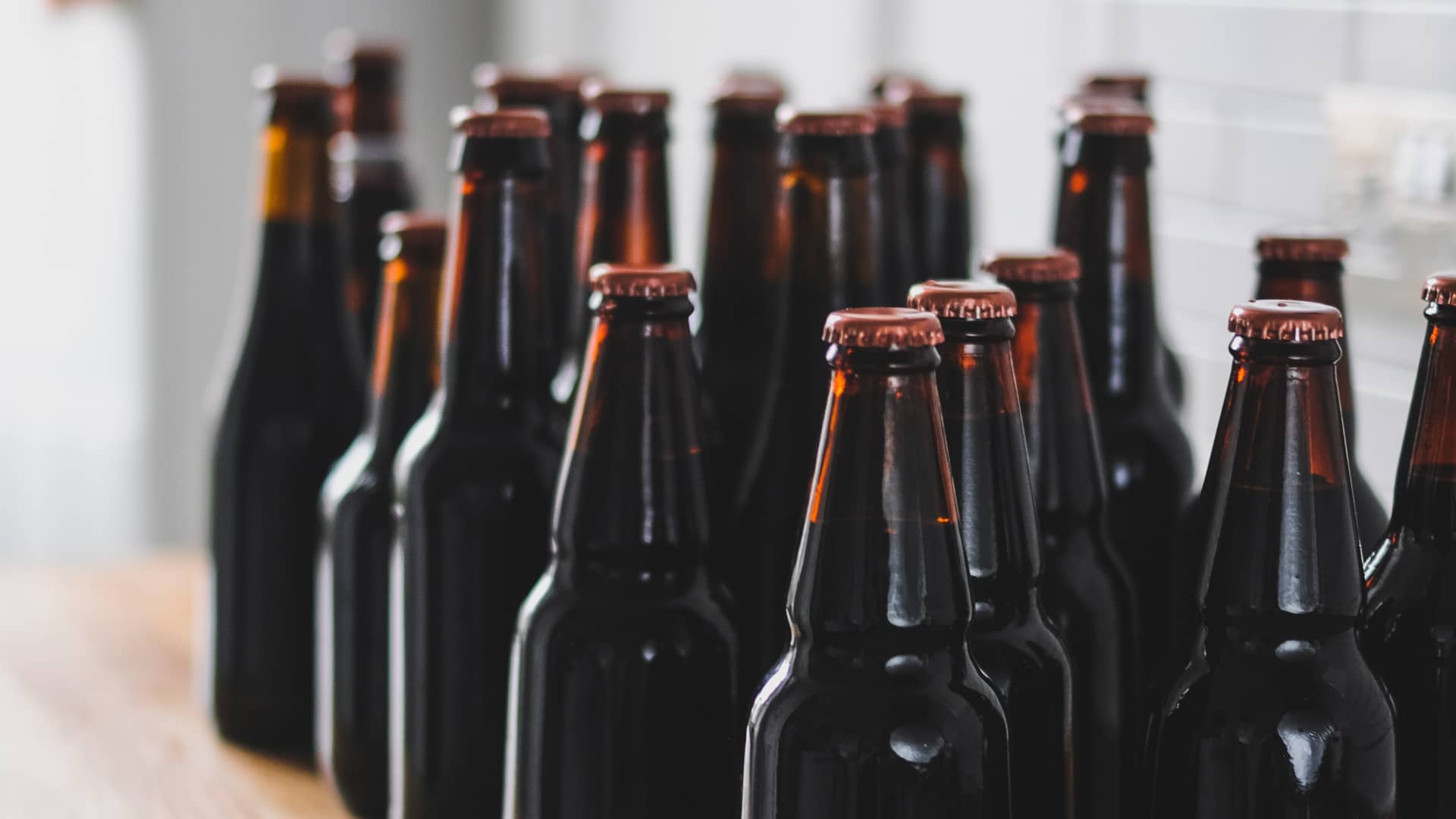 How I Stopped My Drinking Creep

Last month my partner and I decided that we would not drink for the whole of September. I planned for this for two weeks, building 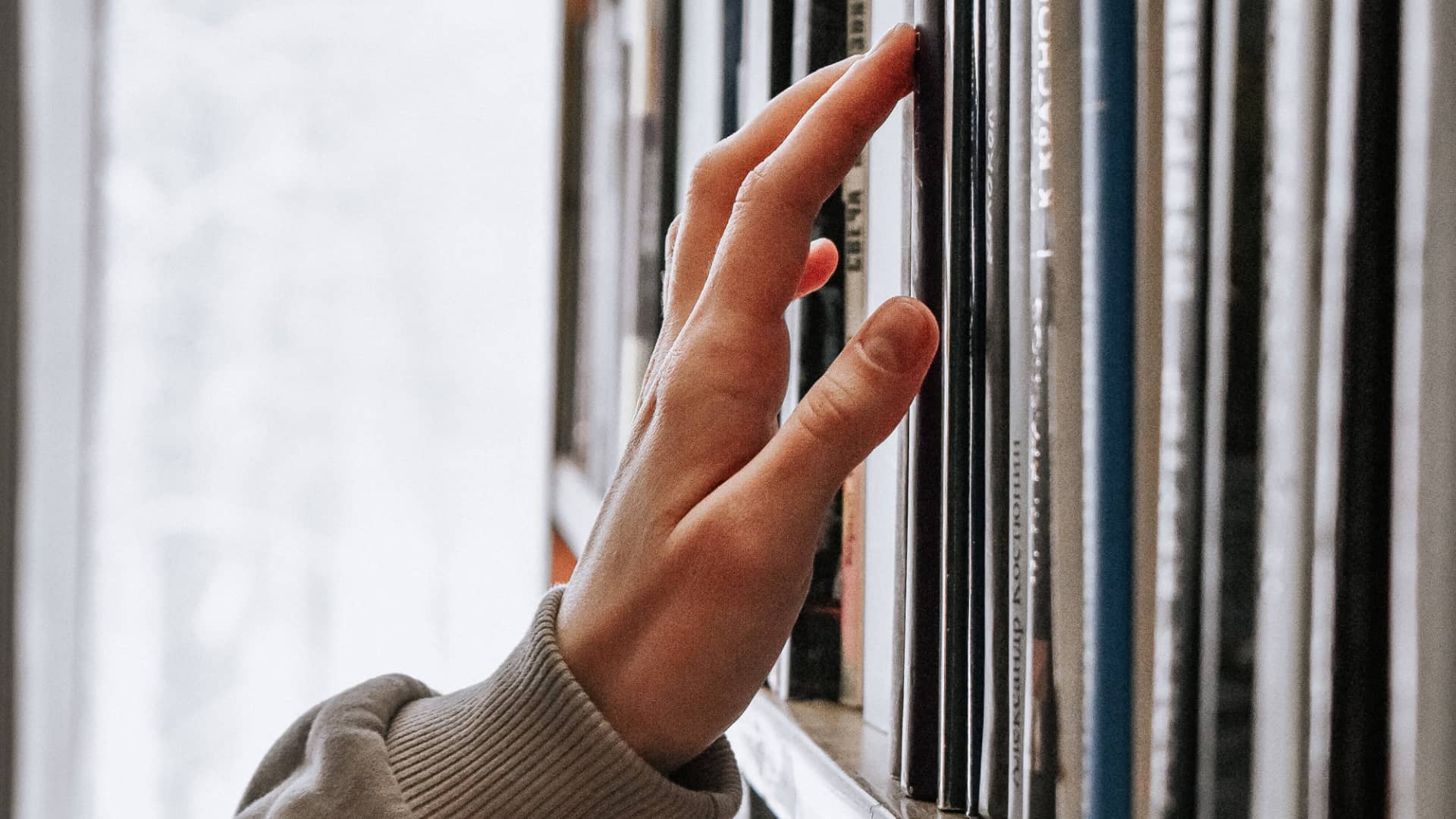 Browsing Bookshops and How I Created A Reading Habit 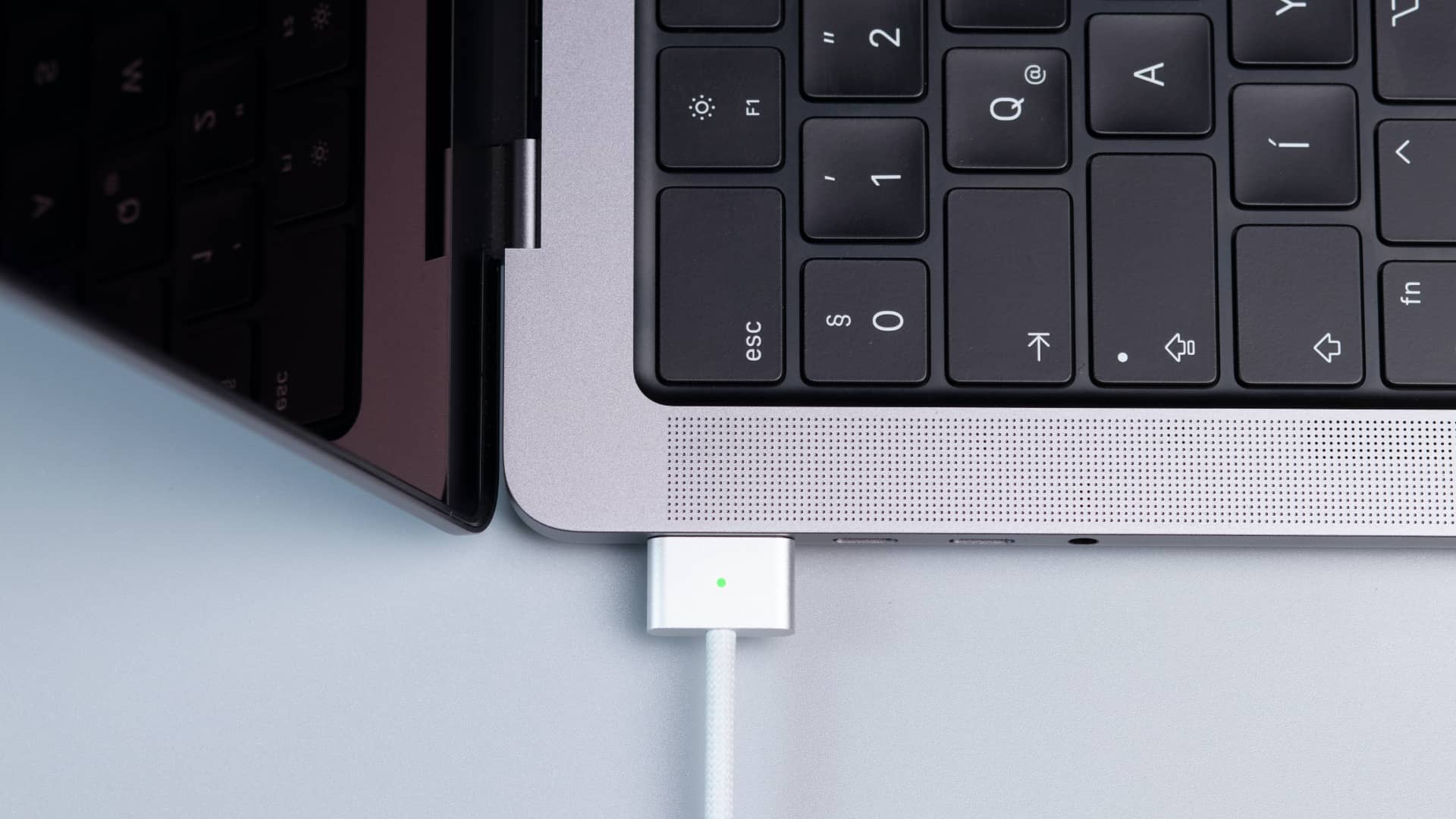 I’m fascinated with what other creators, marketers, designers, writers are using in their daily work and personal lives. 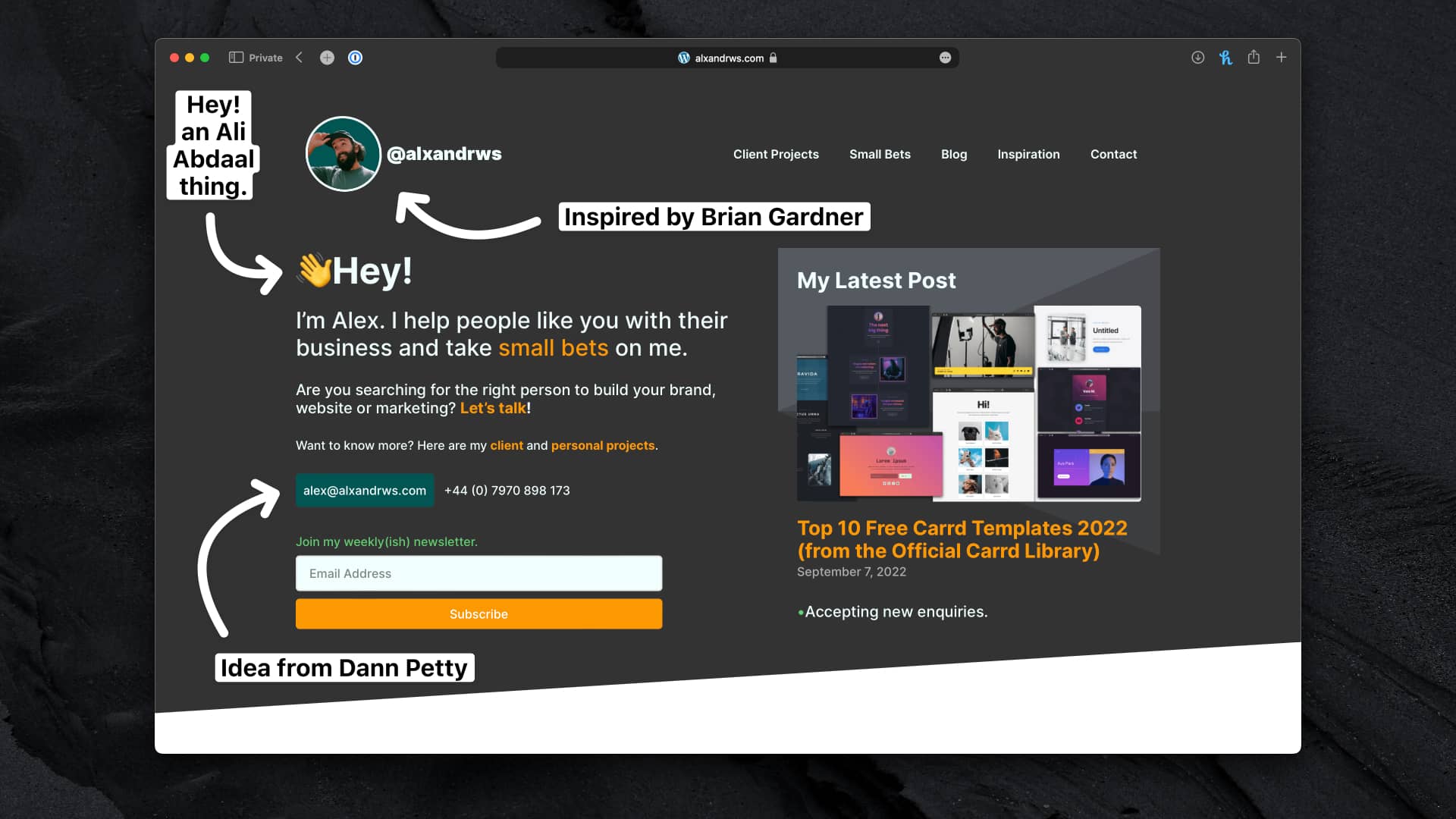 Some Dude on Twitter is building out his new site in public and is keeping a changelog as he goes. Such a simple idea –